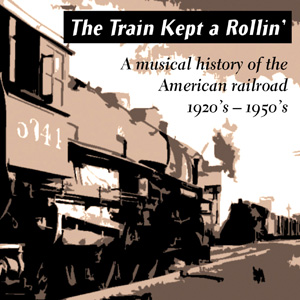 It was the great advancement of the railroad in the mid Nineteenth Century that formed The United States of America that we know today. Before those rails were laid, progress heading west into the great expanse was slow and laborious. The native peoples called the first steam train, The Iron Horse, and it signaled the end of their culture forever. These arteries that cut through mountains and traversed the plains opened up a continent and created new towns and cities. Each new colony would have its songs based around the railroad, Hobo’s would jump freight trains as a free form of transport, and the trains’ whistle would become a familiar sound all over the land. Little wonder there is such a wealth of great music that records the history of the railroad- and so the history of a Nation, from the earliest harmonica driven blues, right up to the hard, piston driven, rhythms of Rock ‘n’ Roll.