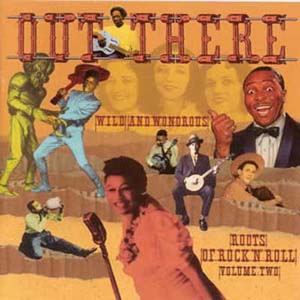 The story continues with the release of this second volume of ‘Out There’. This rare collection tells the whole story of how Rock ‘n’ Roll came to take it’s place in world history , not just churning out the same old familiar names and places . We have dug deeper than anyone before to discover how Rock ‘n’ Roll evolved from tribal origins in Africa and North America : through to the Blues and Rap – and from European Folk Traditions : through to Country, Folk and Hillbilly music. ‘Out There’, we found a whole treasure trove of rare and original material by artists known or otherwise which takes you on a musical journey that is both fascinating and entertaining . This is a unique document showing the origins of one of the great phenomenon’s of the 20th Century. If you love music, you should own this album.