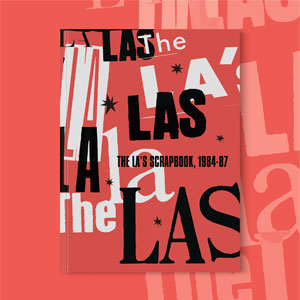 ‘A unique story of the bands first three years, before signing a record deal, told through some never before seen possessions including handwritten lyrics, Lee Mavers and Mike Badgers artworks, photographs, posters and more.’! On 14 September 2017 an Exhibition of rare and unseen photos of The La’s first tour opens at The Florrie Liverpool. A period described as a magical time and a crucial part of The La’s story. Amongst the photographs are a selection of ephemera including gig posters, tickets and handwritten lyrics being displayed for the first time. It’s these artefacts that catch author Dave Hewitsons eye. He mentions to ex band members Paul Hemmings and Mike Badger about how such periods of our youth need to be documented, particularly in a book if possible, and especially about a band of such legendary and cult status as The La’s. Discussions take place. Mike has an archive of stuff from the very early days of forming the band in 1984, from press clippings and diary entries to a receipt from the first studio demos during which ‘Breakloose’, ‘Doledrum’, ‘Open Your Heart’, ‘Son of a Gun’ and ‘Callin’ All’, were all recorded. Paul had a major part in curating the 2017 Exhibition and therefore had access to much of that memorabilia, including Lee Mavers hand written lyrics of songs, as well as having his own diaries from his time with the band. That was all that Dave needed to hear. The book covers the beginnings of the band up to their first single release at the end of 1987.