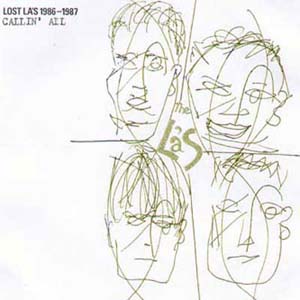 Released: CD Out Of Print, LP

The original recordings of The La’s-The first part of this album consists of the definitive ‘fabled’ versions of such classic songs as ‘Son of a Gun’,’Doledrum’, and unreleased gems, ‘Callin’ All’ and ‘Tears in the Rain’.Recorded in 1986,they capture a moment in time when all the factors were right.The La’s were hungry,fresh and inspiring.These recordings are the real thing and have a feel that ultimately proved impossible to recreate. The Second part contains highlights from a concert at the ‘Picket’ venue in Liverpool(May 1987), just months before signing their record deal.This was a blistering concert performed to an ecstatic home crowd. These recordings are pure,undiluted, raw, undisputedly magical.