The Floatation Project ‘Sounds from the Solar System’ CD/DL-038 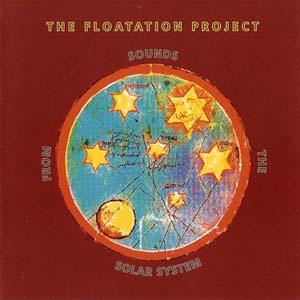 The Floatation Project ‘Sounds from the Solar System’ CD/DL-038

After releasing his debut album ‘Sonic Stories’ in May 2005, receiving some excellent reviews in the music press ( MOJO called it ‘Understated Splendour’ whilst Uncut said ‘Guitarist Paul Hemmings can shine from other angles’ ), The Floatation Project a.k.a Paul Hemmings ( The La’s/Lightning Seeds ) has been working on his next long player entitled ‘Sounds from the Solar System’. This visionary and beautifully multi-textured instrumental album explores Space, a theme that has fascinated him since watching the first moon missions in black and white as a childhood ( infact not since 1983 with Eno’s Apollo has there been a bona fide space album ). It’s an intoxicating mixture of acoustic and electronic which takes you on a journey into the worlds that exist in our Solar system and beyond – from eerie drones using both synths and lap steel reflecting the cold vast emptiness of space, to bright sparkling celestial tracks producing stunning vestiges of sound. This is a unique album that inhabits the same orbit as Kraftwerk, Can, Eno and Fripp but dragged into the 21st Century, with something all of its own. It is music that produces a whole range of moods and one that is an astral delight.