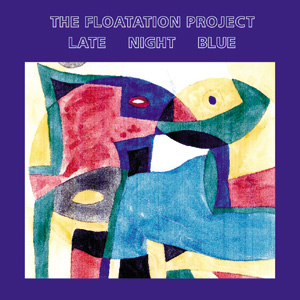 ‘Late Night Blue’ is an album recorded in the witching hours over a period of 4 nights. Inspired by freeform jazz improvisations and Krautrock sonic experiments by artists such as Harmonium, this allowed The Floatation Project (aka Paul Hemmings,one-time guitarist with the legendary La’s and Lightning Seeds) to create music all of it’s own accord and introduce new worlds that can only be found in the Twilight Zone.