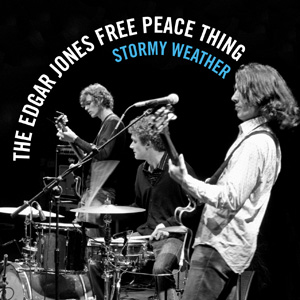 What you have presently in your hands is one of the most incendiary debut albums you are likely to hear from a band on fire. Formed by Liverpool’s own music legend Edgar Jones (The Stairs + his solo album ‘Soothing music for Stray Cats’ was nominated for the Mercury music prize) on bass + vocal duties, Free Peace’s line-up is completed with Nick Miniski on drums + Stuart Gimblett on Guitar. Their sound is loud and heavy with a touch of soul. Since touring with Oasis, they have been working on their album making sure it is just right. Edgar in his time has worked with the best – Paul Weller, Johnny Marr and Lee Mavers amongst others.
Shake it loose!