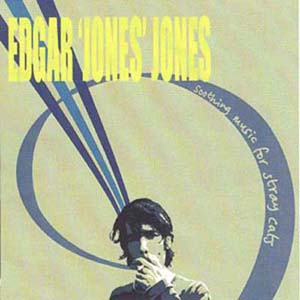 The legendary Edgar Jones ( Formerly known as Edgar Summertyme ) returns with one of his best recordings of his career. ‘ Soothing Music for Stray Cats ‘ is a innovative witches brew of Jazz, R ‘n’ B, Soul, Doo Wop and mixed with Edgars’ own special ingredients to creat something quite unique. Since the demise of Edgars first band ‘ The Stairs ‘ who’s single ‘ Weed Bus ‘ and the following album ‘ Mexican R ‘n’ B ‘, went on to become the classics they deserved to be, he has worked with the best : Paul Weller, Johnny Marr, St Etienne and the lost La, Lee Mavers, as well as forming ‘The Big Kids’ who featured two of the future Zutons and Howie Payne of The Stands.Both The Stairs and The Big Kids have been influencial on the current music scene and ‘ Soothing Music for Stray Cats ‘ will continue to set the standard once again.