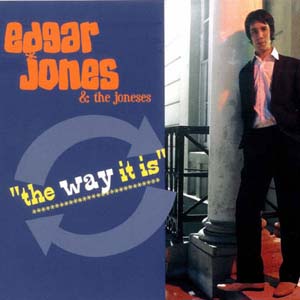 Edgar Jones & The Joneses return with their new breathtaking cannonball of a single called ‘The Way It Is’ on the 2nd of July. Mixing a Bo Diddley beat with Soul & R ‘n’ B, this track is quite simply astounding. Next up is the Bluesy Rocker ‘Nothin’ Doin’ with hot licks a plenty and finally a magical version of Duke Ellington’s ‘Mood Indigo’ .
Since the Mercury nominated debut album ‘Soothing Music For Stray Cats’, (‘A stunning collection of Rock ‘n’ Roll, Jazz, R ‘n’ B, and Doo Wop’ – Mojo Magazine, and Noel Gallagher’s album of the year 2005 ‘It’s probably one of the best records I have ever heard.’ ).