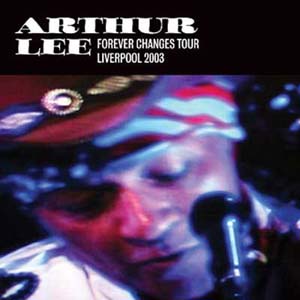 Released: Out Of Print

‘LIVE IN LIVERPOOL 2003’
In January 2003, Arthur Lee & Band returned to the UK to perform Love’s classic album ‘Forever Changes’ in its entirety, for the first time since its epochal release in 1967. Arthur was in fine voice and eager to perform these timeless songs the way they had been written, including with their string and brass arrangements. The result is captured here, recorded ‘live’ on a magical & memorable night in Liverpool – always Arthur’s favourite place to play since his visit with Shack a decade earlier.

You too can now be there!

“The show in Liverpool is one of the most memorable of my life” Arthur Lee. 2003